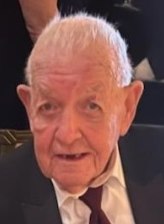 Sammy was born in Scranton, PA to Janet (née Jones) and John Hughes.  The family relocated to Union City, New Jersey when Sammy was in Kindergarten. He enlisted in the Army Reserve after leaving high school. Soon after, he met Terry (who lived right around the corner). They married in 1960 and were inseparable from then on. She was the love of his life. They built a home and started a beautiful family. They became the center of his world.

Sam worked two jobs, but never complained. He especially loved his evening bartending positions. First at the Union Club in Hoboken, and then at Scheutzen Park in North Bergen, where he became the patron’s favorite. Always quick with a joke and the life of any party, he was a genuine “People Person”.  The family referred to him as a “Philadelphia Lawyer” because of his long, in-depth stories. It was an inside family joke that lasted for years. Terry and Sammy loved the beach. In the beginning, summer vacations were spent at Jersey Shore and Ocean City, MD. But, they both fell in love with Cape May, and that became their place to go whenever they could get away. He was fortunate enough to spend his last Thanksgiving in Cape May with his daughter and son-in-law.

His family was the most important thing in his life – he loved them all unconditionally and was always there to help in any way that he could. He was ever present at all sporting events, dance recitals, school plays and whatever else any of the kids were involved in – some of his best times were clapping in the stands or the audience with a proud smile on his face. His next love in life was family/friends gatherings so he could drink beer and talk until the sun went down.  Always willing to go anywhere at any time just so he could get in a car to drive and sing along to the radio.

To honor his life and memory, visiting will be on Sunday, January 15th, 2-6 PM at the Beaugard-McKnight Funeral Home, 869 Kinderkamack Road, River Edge.  Prayer service will be held at the funeral home on Monday, January 16th at 10:30 am.  Interment will take place at Rockland Cemetery, Sparkill, NY.