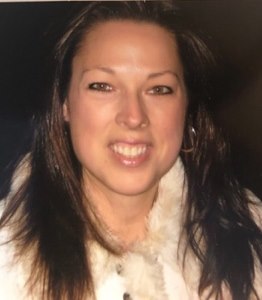 June Marie Karpowich (née Schnakenberg), 48, of River Edge, formerly of Oradell, journeyed to eternal rest peacefully on August 14, 2019.  June was a beloved fifth and sixth grade teacher in the River Edge Schools for the last thirteen years.  She developed the curriculum and instructional program design for  gifted and talented (G&T) students called Children of River Edge in Academically Talented Education (CREATE) and was editor-in-chief of the bi-annual district newsletter. In honor of her service to the community, flags at all district schools were flown at half-staff on August 16th, and will be lowered again on September 3rd, the first day of the academic year. Before that, she was the G & T co-instructor for elementary education in the Wayne Public Schools for twelve years. June earned an M.S. from Ramapo College and a B.S. from University of Scranton. She was a graduate of River Dell Regional HS, where she excelled academically and athletically in XC and track and field. She helped her teams to multiple championships and earned individual medals and All-League recognition. She enjoyed summertime vacations on the North Wildwood beach and boardwalk, creating digital and traditional scrapbook photos and memories for family and friends. She cheered on volleyball, baseball, and basketball games, and cared for her pets.

A mass of Christian burial will be held on Saturday, October 12, 2019 at 11am at St. Peter the Apostle Church, River Edge. Interment will be private. In lieu of flowers, the family suggests a donation in June’s memory to Camp Nejeda, Stillwater, NJ at www.campnejeda.org. The camp provides support, educational resources, and a nurturing environment to children with Type 1 diabetes and their families. Donation envelopes will also be available at the mass for your convenience.