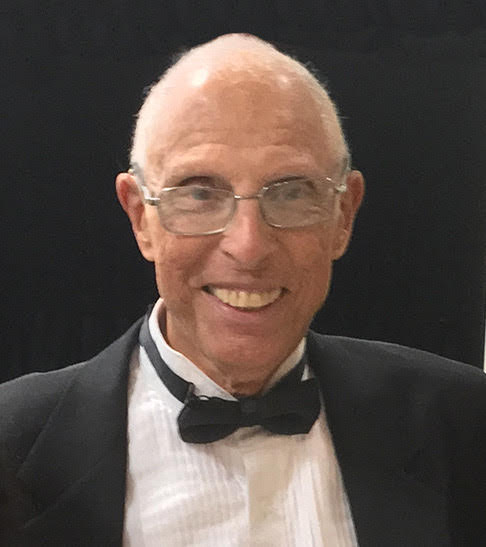 Thomas was born in Jersey City to Rose (Colafemina) and Salvatore DeLorenzo. Thomas earned a Bachelor’s degree from Jersey City State University, Jersey City, and a Master’s degree from Stevens Institute of Technology, Hoboken. He served in the Army Reserves for 8 years. After college Tom worked as a computer programmer through his retirement.  In his time, he was one of the pioneers in the computer industry and was on the cutting edge of mini-computers and other new technologies.

Tom was a very talented musician and his happiest times were when he could entertain. At a young age, at the encouragement of his mother, Tom took up classical piano and eventually even played at Carnegie Hall.  In high school he took up the baritone horn and played in the school band. Over the years Tom would add to his musical instrument repertoire with guitar, banjo, harmonica and even xylophone.

Upon his retirement, Thomas became of member of the Ridgewood Singers, as well as could be seen entertaining visitors and employees on the piano at Englewood Hospital and The Valley Hospital of Ridgewood. The River Edge Seniors also enjoyed having him as their choral director.  Tom loved music and wanted to share it with everyone!

Tom also enjoyed bird watching, reading, playing cards & board games, and doing crossword & jigsaw puzzles.  He found the most enjoyment sharing these passions with his family and friends.  “Pops” as known to his grandchildren, was also a great cook and baker and taught them these skills with much patience and gentle guidance.

Tom will always be remembered for his big warm smile that could brighten a room, his caring and kindness, his friendship, positive attitude and mostly for the love he showed for all those close to him. He will be missed greatly but take comfort in the many wonderful memories that he left behind.

Visiting hours are Friday, July 31st, 5-7 PM at the Beaugard-McKnight Funeral Home, 869 Kinderkamack Road, River Edge.  Although the family will not be able to attend the wake due to the health concerns of the day, they hope you are able to participate in paying your final respects and saying farewell to Thomas.

A private family Funeral Service will be held on Saturday, August 1st, at 10 AM at the Good Shepherd Lutheran Church, 233 S. Highwood Ave., Glen Rock, NJ.  Cremation is private.  The service will be live-streamed on Facebook @goodshepherdnj.org or can be viewed after that at https://m.youtube.com/channel/UCLMqBMt8q686HPM2hWY_1WQ.

In lieu of flowers donations may be made to the Thomas DeLorenzo Scholarship Fund. Anyone that wishes to make a donation to this memorial can send a check made out to The Ridgewood Singers, with memorial scholarship written in the memo line. The check(s) can be sent to P.O. Box 412, Ridgewood, NJ 07451.