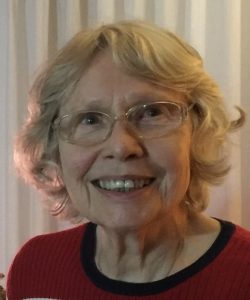 Margaret (Fitzpatrick) Ryan passed away on 14th September 2021, after a brief illness. She was 91 years old. Margaret was born in Cootehill, Co. Cavan, Ireland, and grew up with her two brothers and two sisters. She came to the US in 1949, at the age of 19, and settled in the Bronx, where she would later meet the love of her life, Michael Ryan, to whom she was happily married for 54 years.

She became a nurse – a calling that she faithfully served for over 60 years, most recently (between 1991 and 2011) at Fieldston Lodge in the Bronx. Margaret was a true healer, by profession, by character, and, above all, through her unswerving faith and prayers for all who were in need.

Her greatest joy was her family. Margaret was a loving and devoted mother to Joseph. She and Michael worked tirelessly to provide opportunities for him and she was the rock of the family; the person to whom everyone turned for advice, support and unconditional love. In recent years she came to live with her son, Joseph, her daughter-in law, Alexia, and her granddaughter, Isabella, who were blessed to have her in their lives and will treasure the many happy memories of their time together.

Margaret was predeceased by her beloved Michael, her sisters Bridget and Mary and her brother Eddie. She is survived by her son, Joseph, and his wife, Alexia,  her granddaughter, Isabella, her brother Patrick Fitzpatrick and her loving nieces, nephews and cousins.

The family requests those who wish to express sympathy to consider making a donation to one of her favorite charities, Covenant House (covenanthouse.org), in Margaret Ryan’s name.