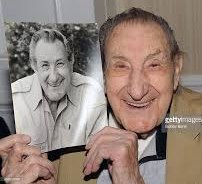 River Edge/New York City – Joseph Elich, Jr. aka Joe Elic of “One Flew Over The Cuckoo’s Nest” passed away on October 21, 2019. Joe was born in Butte, Montana March 10, 1921, spending his youth working in the mines. As World War II broke out, Joe heard the call and entered the Navy in 1942 serving three years, eleven months, seventeen days and twelve hours. Based in New Guinea, Joe served proudly under John Bulkeley, who had been awarded the Medal of Honor. He was attached to the original Squadron 7 PT 127 and Ron 32. After the war Joe moved to New York and found his first love—acting. He struggled as many young actors do and wound up in the Off -Broadway classic, “The Three Penny Opera” for nearly 7 years and the very successful production of “Leave It To Jane.” From there he moved to film and TV with classic appearances as Bancini in “One Flew Over the Cuckoo’s Nest,” “Black Rain,” Dirty Little Billy,” “The Phil Silvers Show,” “The Twilight Zone,” “The Asphalt Jungle,” “Peter Gunn,” and “The Untouchables.” Joe lost count but he believes he has appeared in 300 commercials with some 27 running at the same time. As a youth, Joe was drawn to the old burlesque houses in Butte, but not for obvious reasons. He loved the baggy pants comics. From there he moved on to share the stage in “Baggy Pants” sketches with soon to be his closest friend actress Lee Meredith in HBO’s “Burlesque USA” starring Red Buttons and in HBO’s “With a Touch of Burlesque” starring Sid Caesar and Imogene Coca.

Always the jokester looking for a good one liner, Joe would light up a room with his bigger than life appearance. But those close to him knew him for his generosity, kindness and especially for his love of animals. He and Lee shared that bond as they rescued literally hundreds of furry friends. Sometimes at their own peril.

After a heart attack in 2016, he moved with the help of his friend David Orange from New York to Lee and her husband Bert Stratford’s home in River Edge being cared for by their daughter the nurse, Erica Sedeyn. Joe had always attended family celebrations and holidays but was now embraced as Uncle Joe by their entire family including their daughter Kim Schmitt Thomas, and her two twin daughters, Layla and Dylan, Erica’s husband “Big Gus” and their son “Little Gus” and dozens of aunts, nieces and uncles.

While Joe spent most of his life in New York, his love for Montana and his family were a constant topic of conversation. He regularly kept in contact with them and relished his visits to Montana where he treated them all to a special dinner at their favorite Supper Club, Lydia’s.

A Memorial Service will be held on November 16th at 2:00 PM at The First Congregational Church, 109 Continental Ave in River Edge, NJ.

For more information call 201 265-9363 or stratfordprods@earthlink.net