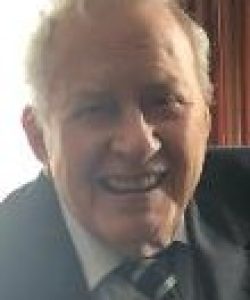 Harry Anthony Montagnino of Dumont, New Jersey passed away at his home surrounded by family on June 22, 2022.  He was 92 years old.  Harry was born in New York City on January 11, 1930 and moved to Dumont in 1948.  While working full time, Harry put himself through college at Fairleigh Dickinson University earning his Bachelor of Science degree in electrical engineering in 1963.  He worked as an electrical engineer for several companies before retiring from AT&T in the mid 1980s.  Harry proudly served his country during the Korean War, serving in the United States Army from 1951 to 1953.  Harry loved spending time with his family, bowling, playing golf, fishing, watching horse racing at the Meadowlands, tending his garden, hosting backyard barbecues, and holiday dinners with his family.

Family and friends are welcome to the viewing on Sunday, June 26th from  3 to 7 PM at the Beaugard-McKnight Funeral Home located at 869 Kinderkamack Rd. River Edge, NJ.  Funeral Services will take place at the funeral home on Monday, June 27th at 10:45 AM.  Entombment immediately following at George Washington Memorial Park, 234 Paramus Rd, Paramus.